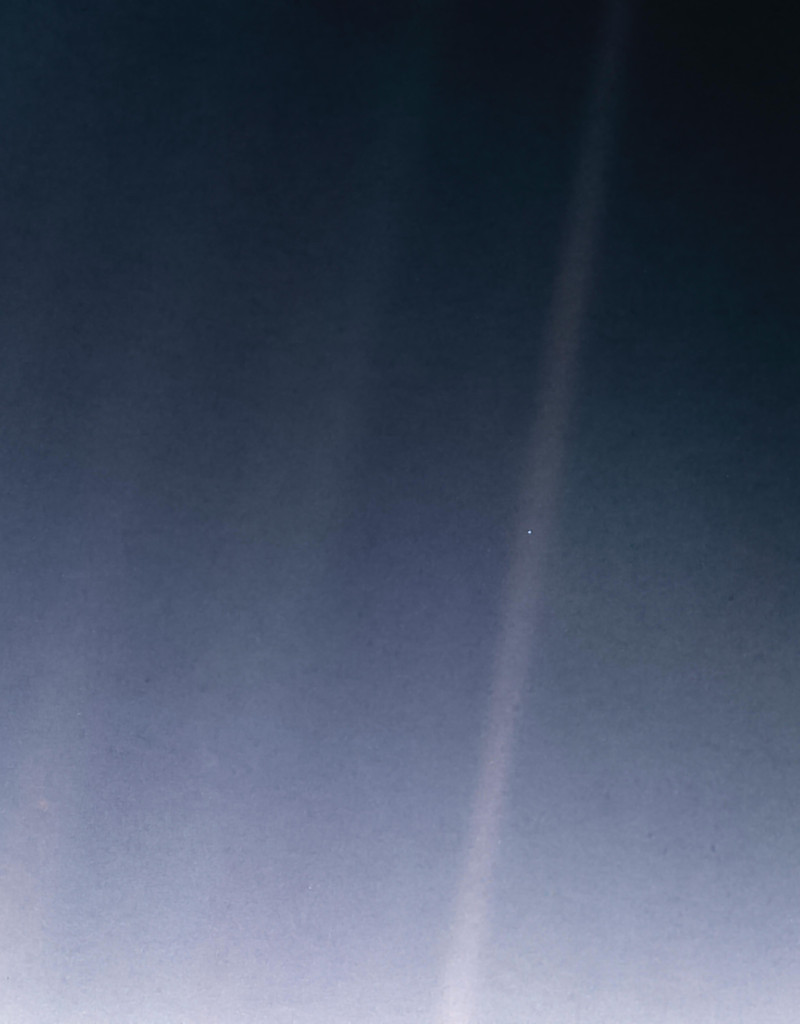 On Valentine's Day in 1990, cruising four billion miles from the Sun, the Voyager 1 spacecraft looked back one last time to make the first ever Solar System family portrait. The portrait consists of the Sun and six planets in a 60 frame mosaic made from a vantage point 32 degrees above the ecliptic plane. Planet Earth was captured within a single pixel in this single frame. It's the pale blue dot within the sunbeam just right of center in this reprocessed version of the now famous view from Voyager. Astronomer Carl Sagan originated the idea of using Voyager's camera to look back toward home from a distant perspective. Thirty years later, on this Valentine's day, look again at the pale blue dot.

Orion over the Central Bohemian Highlands

The Changing Surface of Fading Betelgeuse